What Is Inbound Marketing?
Written by: Ryan Flannagan

Hey there! You’ve reached this book midway through. To read from the beginning, click here.

Chapter 5: What Is Inbound Marketing?

“You know what you’re starting to sound like?” Chuck said.

“A damned consultant. You’ve revved me up with all this talk about change, and now you’re going to tell me about some miracle solution that’s so complex only you can implement it. You’ll charge me an arm and a leg, then ask for my CFO’s arm too.”

“The solution’s pretty simple. It’s called profit engineering. By the time we’re done, you can probably do it on your own for free.”

“Profit engineering is a complete business development solution that looks at your whole business funnel and targets the 20% that will make you 80% of the return. There are a few moving parts to profit engineering. Let’s start with why inbound marketing is such a powerful and important part of profit engineering, and go from there.”

By now you understand why changes in the landscape of business development, and the makeup of this century’s consumers, make inbound marketing the best method for gaining and keeping new customers.

Understanding why this is so is your next step in learning how to engineer the growth of your company effectively. To do that, we need to look deeply at what inbound marketing actually is.

There is a serious crisis in marketing in this decade. Old methods no longer work, not even when companies double their spending on previously reliable methods.

This crisis isn’t just a bit of marketing buzzword trickery to bandy about at conventions. It’s deadly serious, impacting and even closing business every year because of four damaging factors:

This approach neither works nor deserves to work. Companies using these old-school methods outs themselves as having no regard for what consumers want, and little knowledge about the relationship between modern buyers and the vendors and products they deal with.

By contrast, inbound marketing solves the problems of old-school marketing in myriad ways. It adds value with useful, on-topic content. It invites instead of interrupts, waiting for consumers who are already interested in the products. It adopts an advisory role and tone to avoid the pitfalls of seeming like a salesperson. It invests heavily in consumer’s ability to opt in and considers  the traits of modern, mobile buyers.

In short, it builds on a foundation of what consumers want, instead of trying to force consumers to want what’s offered. This leads to more highly qualified leads in your sales queue, and to customers who’ve been primed from the beginning to become delighted and enthusiastic brand advocates. 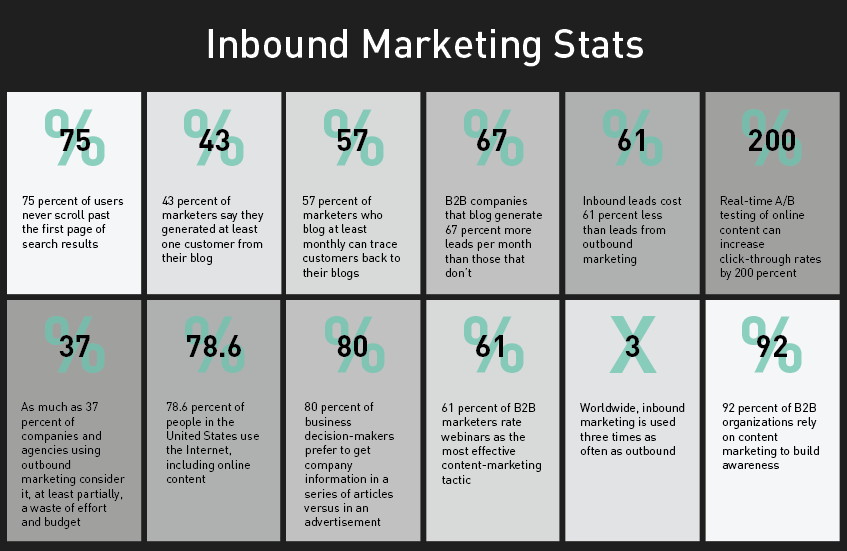 A pair of case studies demonstrate the impressive power of inbound marketing.

Ireland-based Boxever is an SaaS startup targeting clients in the travel industry. After trying a variety of outbound methods that generated reasonable sales at a reasonable cost, the company applied a landing page app, email mailing list and blog aimed at educating travel industry decision makers who might be interested in their service. The first year saw a 500% increase in leads without increasing ad spend.

By now, you can see why inbound marketing has taken the lead in many marketing communities. It’s the most powerful way to expand a brand’s reach and reputation in the marketplace of ideas that is the internet.

But there’s a right way and a wrong way to do inbound marketing. Those who just go through the motions will do better than if they never take on inbound as a marketing method, but they won’t be able to compete with those who truly understand, embrace, and execute inbound marketing as part of their profit engineering plan.