Yelp: A necessity for small business?
Written by: Ryan Flannagan

There are a few local small business review websites on the market. Some of these are Angie’s List, Yelp, YellowPages, DexKnows. At these sites patrons of local businesses can read descriptions, read and write reviews about their experience, and search out other local businesses.

So how is Yelp different?

Yelp does a few things very well, especially compared to some of its competitors. First, it seems that Yelp has hit critical mass and keeps local content fresh with new reviews, visiting patrons, and relevant information. As of December 2010, more than 41 million people visited Yelp in the past 30 days. Yelpers have written over 15 million local reviews, and 83% of them have rated a business with 3 stars or higher. (Yelp) This is somewhat based on Yelp’s micro community social network. While many of Yelp’s competitors have some social networking ability, Yelp makes the process simplistic for the end user by enabling Facebook Connect. The end result for Yelp’s community is that Yelpers end up becoming friends, recommending new local business and socializing around local businesses. Additionally, Yelp has the technical expertise to keep their audience happy. Yelp currently has one of the better mobile platforms allowing their users to access them via http://m.yelp.com, or use Yelp for iPhone, Yelp for BlackBerry, Yelp for Palm Pre, and Yelp for Android. 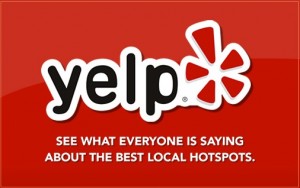 10 Things You Should Know About Yelp